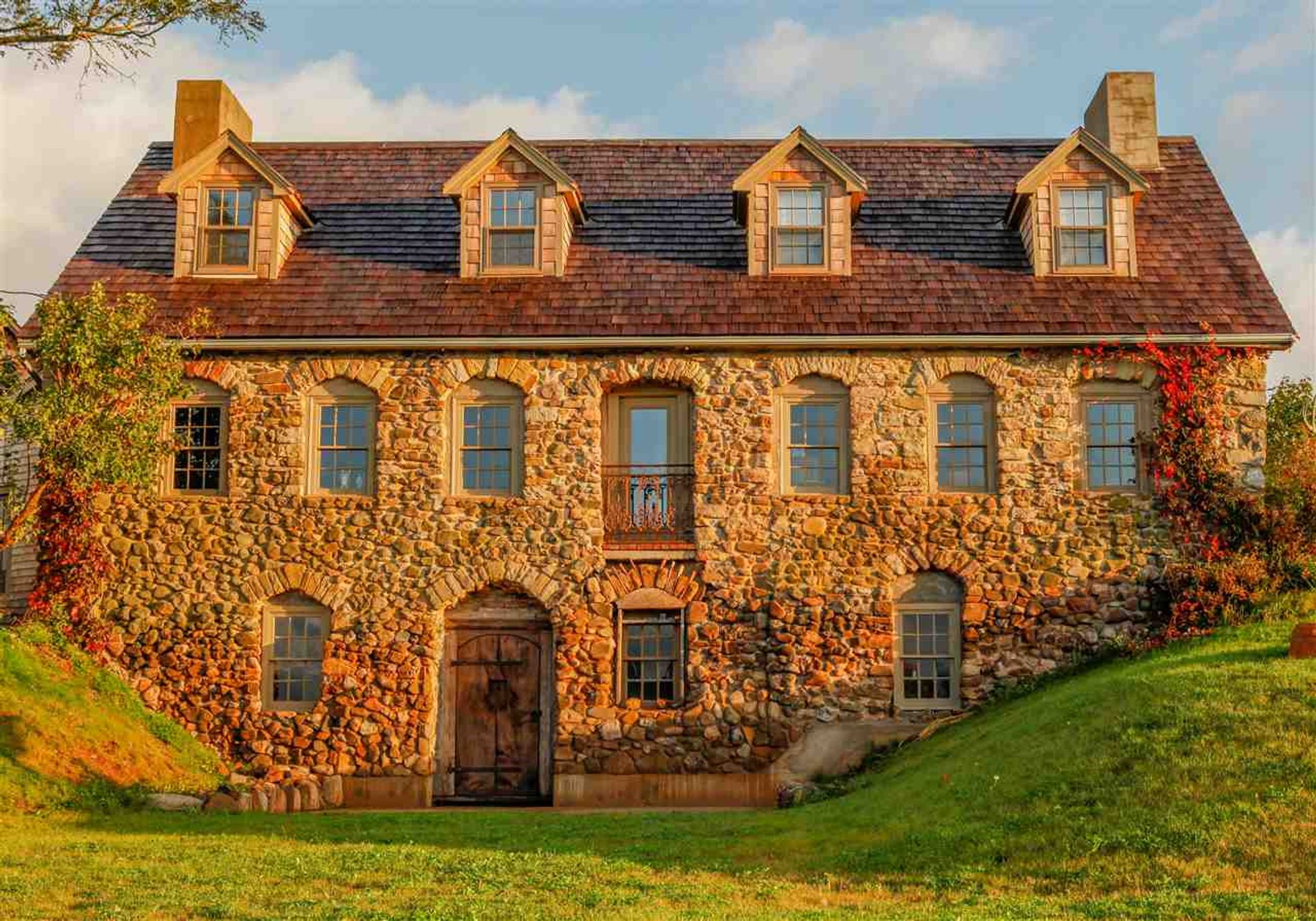 The property is a 313 year old home in Poplar Grove, Nova Scotia, known in Eastern Canada as “The Mission”.

The home was purchased in 1980 by Sherman Hines, the photographer, and his wife Andrea. Mr. Hines traced the origins of the house back and discovered that it was built by the French as a mission and a fortification against the English. It is said to be the oldest building east of Quebec City.

The Hines family meticulously restored the house, which also includes several out buildings: a Church, currently used as a hunter’s trophy room; a 200 year old Post and Beam barn, currently used by Mr. Hines as his art gallery and office and the Trapper’s Cabin which is used for guest quarters. In total there is approximately 12,000 square feet of living space along with 85 acres of wooded area and 65 acres of workable land including a small orchard. The location is perfect for a winery. The lower level of The Mission is made up of two rooms of rock walls and barrel shaped ceilings, that Mr. Hines currently uses for his wine cellar. The soil is environmentally clean for growing grapes.

It truly is an amazing historic property.

Nova Scotia is surrounded by the natural beauty of the rolling sea, lush green forests, lakes and farmland. The province's slow pace means families can spend more time together and participate in the many fun activities offered throughout the province. Children are also lucky to be able to play outside and walk safely to schools located close to their homes.

Need more information about this listing? Reach out to get the finer details or to arrange a showing.